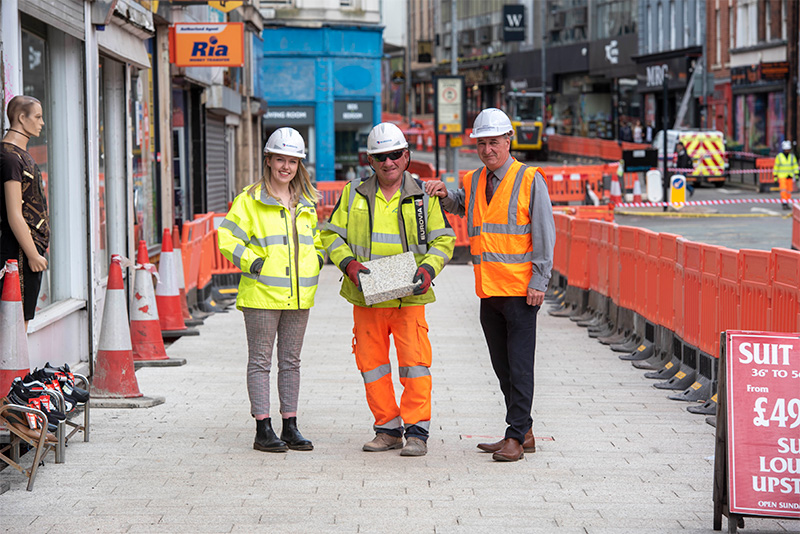 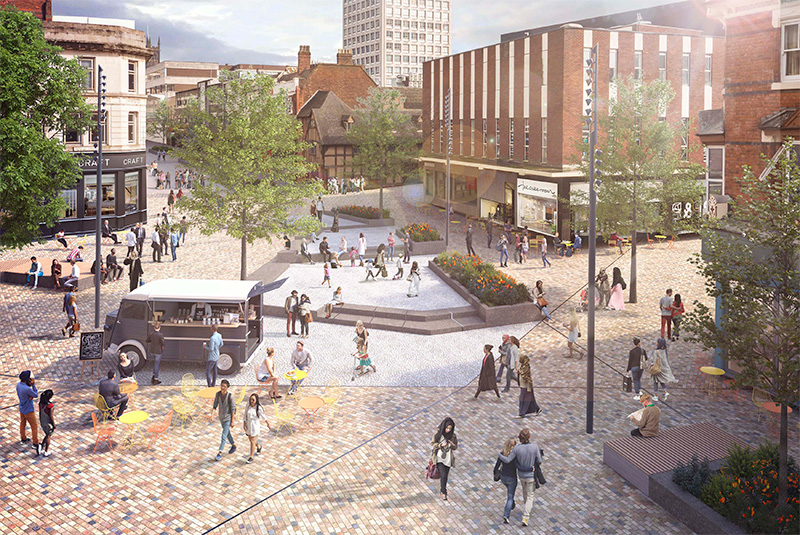 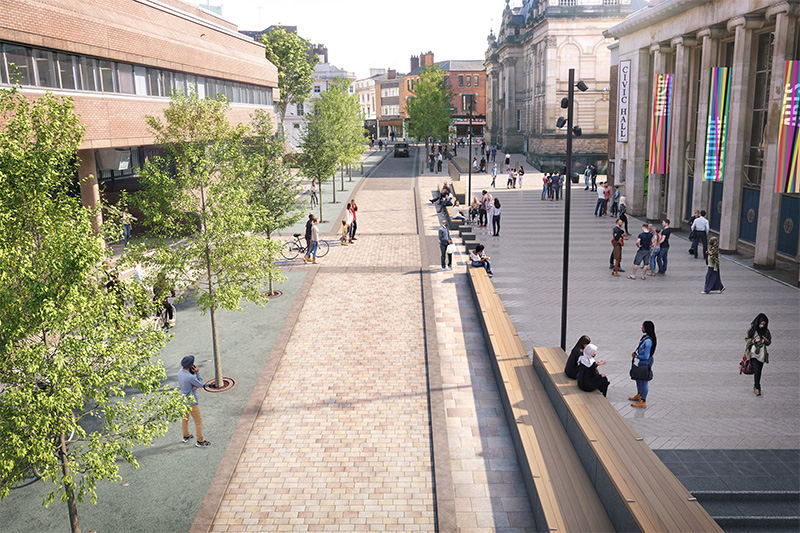 Following months of excavation, significant drainage works and the installation of new kerb lines for the widened footways by contractors Eurovia, the first granite paving is being installed on Victoria Street, School Street and Salop Street.

School Street has also seen the construction of new taxi, loading and disabled bays, along with the new bus stop ready to be re-opened this summer.

The Salop Street taxi and loading bays are now being built and works will also soon begin to develop the new events area at the lower end of Victoria Street.

This phase of the improvement works is on track to be fully completed by February 2023 - and in the meantime business in all the affected streets remain open for business as usual.

In addition to this, works to improve the environment around the Civic Halls are on course to be completed by autumn 2022, and will create quality space for the public, enhancing the experience for visitors to the iconic venue when it reopens its doors under world-leading venue operator and concert promoter, AEG Presents, following a multi-million-pound overhaul.

The carriageway on North Street is being moved closer to the Civic Centre creating a wider, safer area in front of the halls for gathering crowds. The changes will also include a new designated cycle route through North Street, linking to new and improved cycling facilities on the Ring Road. Mitre Fold will become a pedestrian zone, with access for deliveries only.

A new carriageway link between Paternoster Row and North Street is also being constructed to help traffic flow around the halls.

The works - funded from the £15.7million the Council secured from the Government’s Future High Street Fund - are designed to better connect the west of the city centre, improve the public environment, create events spaces and support businesses.

Cabinet Member for City Environment and Climate Change, Councillor Steve Evans, said: “We want people to enjoy our city centre from the moment they arrive, and our public realm improvements will be transformational.

“They will deliver real, tangible benefits for businesses, residents and visitors to our city centre, supporting the development of our events strategy.

“The streets will be given a whole new lease of life. We will be laying 11,000 square metres of new granite paving, planting 27 trees in total and putting in place 12 planters, across these two phases of works. It will be much more attractive and inviting, which will help to drive more footfall to businesses on this side of the city centre.

“In delivering this transformation there is, of course, a period of disruption for businesses, residents and visitors. But we are striving to keep this to a minimum and would urge people to remain patient as the long-term results will be hugely beneficial for all.

“Although works won't be fully completed until early 2023 the area will look dramatically different by autumn of this year with traffic barriers removed by then.”

The Future High Street Fund works will also complement other transformational development schemes already underway or in the pipeline in the city centre, including the £150 million Interchange and commercial district, thousands of new homes at Brewers Yard and Canalside, and a new hotel – all helping to create hundreds of new jobs and further investment opportunities.

Full details of the diversions in place during the works can be found at Wolverhampton City Centre Public Realm Improvements (office.com)