City of Wolverhampton’s new i9 development has been shortlisted in the net zero category at the Construction Excellence West Midlands Awards - highlighting the council’s environmental sustainability credentials.. 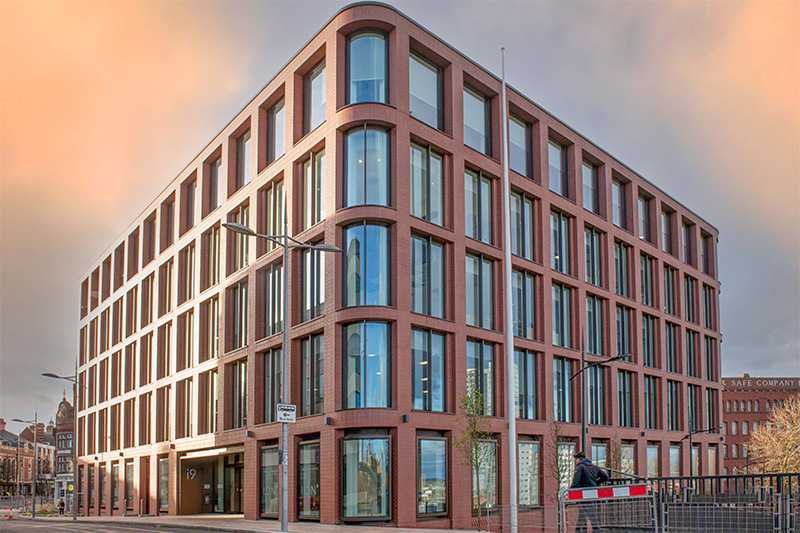 The i9 office development on Railway Drive in Wolverhampton city centre

It is the second time within a month the eye-catching office development has been named as a contender for a major honour after also making the final cut for the best commercial development in the Royal Institution of Chartered Surveyors (RICS) UK awards on Wednesday, May 18.

The winner of the Construction Excellence West Midlands Award will be announced at a ceremony, at Edgbaston Cricket Ground, on Thursday, May 12.

i9 is in the running for the gong thanks to its net zero development, generating just 4.2 tonnes of construction waste per 100m2, and achieving a BREEAM Excellent rating to guarantee the long-term sustainability of the building and lower any potential impact on the surrounding environment.

i9 emerged following the success of the i10 building on the opposite side of Railway Drive in the city centre, with both being delivered by the Council and leading property developer, Ion Development.

It is the next step in developing a commercial quarter on the back of the development of the award-winning Wolverhampton Interchange.

The Council and development partner, Ion Development, selected Glenn Howells Architects’ design for i9 as the winner from a strong field of ten UK leading architects and urban design practices in a national design competition.

And contractor GRAHAM constructed the stunning six-storey Grade A office building, which also includes the potential for 5,600 sq ft of retail space.

The five floors of office space were fully let within weeks of completion and i9 boasts the Department for Levelling Up, Housing & Communities’ second headquarters among its occupiers, alongside LGPS Central Limited and West Midlands Pension Fund.

“We want our city to be an international centre of excellence – leading policy and change – firstly, in sustainable construction and secondly, on circular economy.

“The built environment has an important part to play in achieving this and the council is enabling and directly making multi-million-pound investment in buildings such as i9.

“For i9 to be shortlisted in the net zero category at the Construction Excellence West Midlands Awards is testament to the work we are doing with partners in this field.”

Rob Mason, Development Director, Ion Development, added: “It is always Ion’s goal to deliver resilient highly energy efficient buildings that meet the challenges of climate change. We are delighted that this nomination recognises our efforts in this regard.”

GRAHAM Regional Director, Ronan Hughes, said: “To be involved in the construction and interior fit-out since the conception of this project has been a privilege. Sustainability has been a key objective for all of the project team throughout, and to see it gaining a reputation for its efforts in the region is testament to everyone’s commitment. The end result reflects a deep understanding of modern occupier needs and sets a new bar for commercial development in the City of Wolverhampton.”

i9 is also the first office building in the Black Country to be awarded WiredScore Gold certification in recognition of its digital connectivity and infrastructure.

The Black Country Local Enterprise Partnership supported the development of i9, which is ideally placed to benefit from HS2 – cutting journey times to London and elsewhere dramatically.