A Wolverhampton bar and grill which put customers at risk by continuing to operate despite the current coronavirus (Covid-19) restrictions has been fined £1,000 by the police. 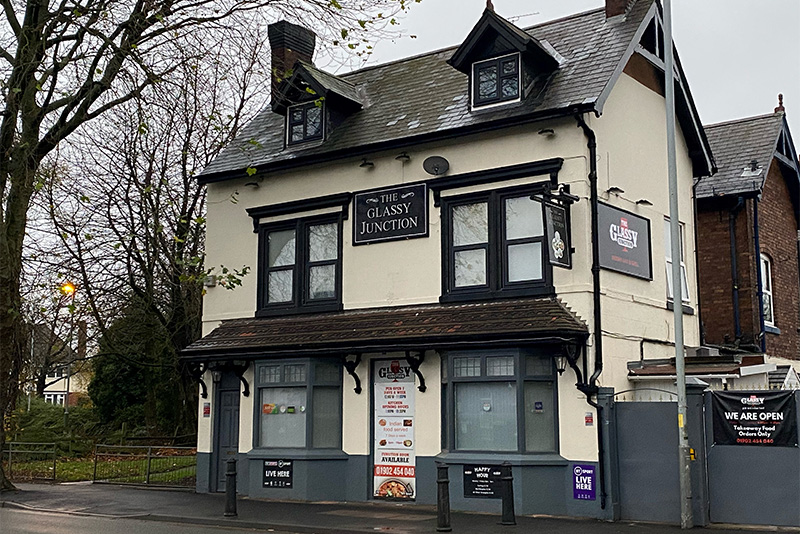 The Glassy Junction in Willenhall Road

City of Wolverhampton Council also issued The Glassy Junction in Willenhall Road with a Prohibition Notice after it was found open and trading to the public during Diwali.

Officers from West Midlands Police found that fireworks had been set up and food and drinks were being served, despite all hospitality venues being banned from operating under current national restrictions.

The Glassy Junction, formally known as the Malt Shovel, was given a Fixed Penalty Notice fine of £1,000 after police officers witnessed the breach on Saturday 14th November. Members of the public who were in attendance were issued with £200 fines.

Councillor Steve Evans, Cabinet Member for City Environment at City of Wolverhampton Council said: “I would like to thank officers for their hard work in trying to keep the public safe.

“As a council we have issued lots of advice and have worked with businesses in the hospitality sector to ensure they follow the Government rules and I'm pleased to say the vast majority of businesses in Wolverhampton have done so.

“Unfortunately, a small number continue to flout the rules and leave us no choice but to act in order to protect the public.”

The Prohibition Notice has been served to prevent any future breaches of the current restrictions. The council is preparing to submit a review of the premises licence.