City of Wolverhampton Council has announced plans for its first solar farm to be developed to power New Cross Hospital with renewable energy. 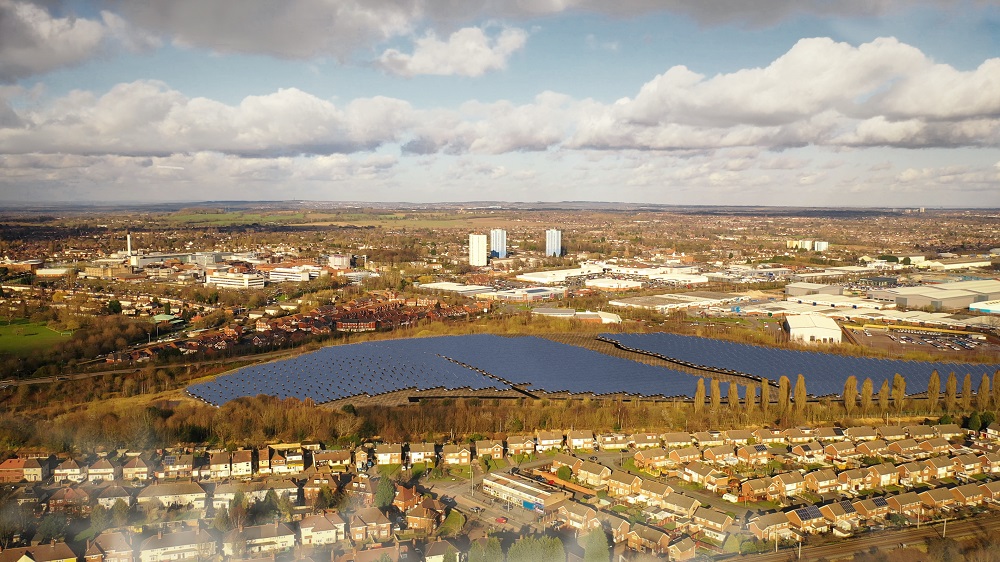 The City Council has partnered with The Royal Wolverhampton NHS Trust to deliver clean, green electricity by developing a solar farm at the former Bowman’s Harbour site.

Bowman’s Harbour is an unused landfill site adjacent to an industrial estate located on Planetary Road and is currently a subject to anti social behaviour and fly tipping.

The City Council is working closely with The Royal Wolverhampton NHS Trust to assist them in meeting their carbon reduction commitments by providing them with electricity from the solar array.

The tree line around the site will not be affected and will remain to improve security and maintain greenery.

During the council’s recent climate change consultation, 82% of residents said they would welcome solar farms in Wolverhampton.

Councillor Steve Evans, Cabinet Member for City Environment at City of Wolverhampton Council said: “This is fantastic news for our city.

“Since declaring our Climate Emergency last July, the council committed to support its partners towards making Wolverhampton zero carbon.

“I’m pleased to see the council supporting the local hospital in achieving its ambitions to reduce carbon emissions in the city.

“The new development will certainly have a positive impact in making Wolverhampton a greener city.”

David Loughton, Chief Executive at The Royal Wolverhampton NHS Trust said: “As the largest employer in Wolverhampton, we take sustainability very seriously and are committed to continually working to reduce our carbon footprint.

“We have taken a number of steps to reduce and better manage our energy consumption and operate in a sustainable manner.

“One of these steps is to look at using renewable energy so we are very pleased to announce this partnership.”