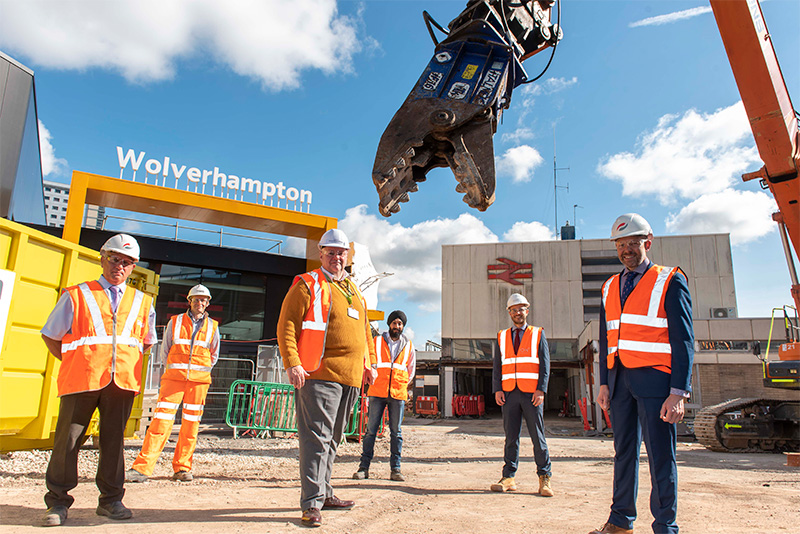 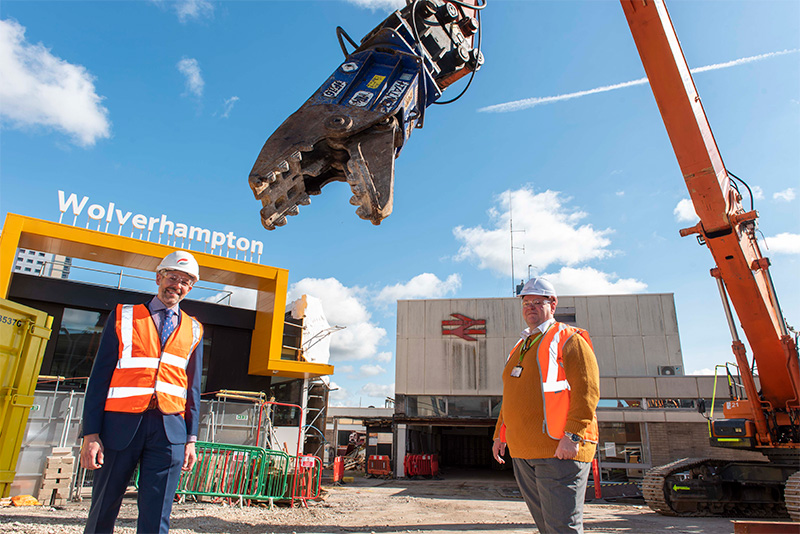 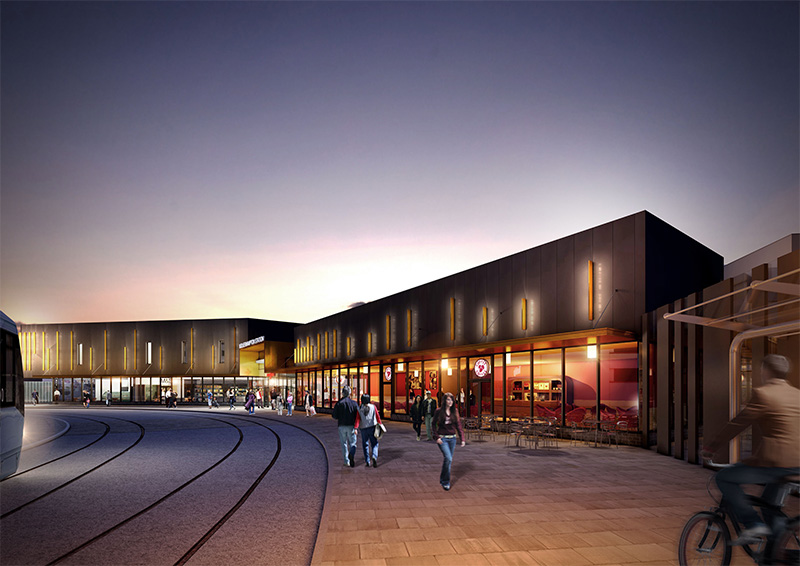 It symbolises the dramatic transformation taking place under the city’s £150million Interchange scheme which is delivering improvements to bus, tram and train connectivity.

Early demolition works on outbuildings like the old parcel shed surrounding the main station started last month and will ultimately pave the way for construction of phase two of the new station building.

Once completed in early 2021, final works will begin to connect the station to a new Metro extension, creating a fully integrated transport hub with the neighbouring bus station.

Phase one of the new railway station opened to the public at the end of May and was handed over to West Midlands Railway (WMR).

Completion of phase two will deliver three more retail units, as well as a customer waiting room and help point.

City of Wolverhampton Council Cabinet Member for City Economy, Councillor Stephen Simkins, said: “This is a major milestone moment in Wolverhampton’s history and is symbolic of the multi-million-pound regeneration that is taking place in our city.

“The completed Interchange will connect train, tram and bus in one place and will ultimately provide a gateway to our city that we can all enjoy using - and be proud of.

“The railway station development is a big part of how we are re-imagining and re-inventing our city centre to help bring in further investment, which is critical now more than ever to our local economy and the creation of jobs, as we look to recover from the impact of Covid-19.”

Andy Street, the Mayor of the West Midlands and chair of the WMCA, said: “The new Wolverhampton Railway Station is a critical part of our public transport plans for the West Midlands, and it is brilliant that just weeks after opening the first phase of the new station we are now able to press ahead and get on with the demolition of the old building.

“It is very exciting to think about how the new station will soon link up with the West Midlands Metro extension along Pipers Row and the existing bus station, allowing those in Wolverhampton to travel seamlessly across the region.

“But as well as being great news for passengers, the new Wolverhampton Railway Station is also good news for our economic recovery from the coronavirus pandemic. Pressing ahead with infrastructure projects such as this one gives demand to our construction sector and helps both secure and create local jobs for local people.”

Chris Jones, Associate Director at Ion Development, said: “The successful completion of phase one of the railway station leads us to the exciting and final phase of the scheme.

“The additional retail units and customer waiting room delivered in phase two will breathe new life into the station experience offering travellers into Wolverhampton an opportunity to shop, eat and drink on their journey.

“It will ensure arriving and departing from Wolverhampton is representative of the quality of experience to be found in the city itself.”

Network Rail and West Midlands Railway are planning enhancement works to the pedestrian subway that leads into the rear of the station, and to enable delivery of these, the subway will remain closed until phase two of the development work is complete.

A recommended, temporary pedestrian diversion route is already in place for customers wanting to access the station via Wednesfield Road.